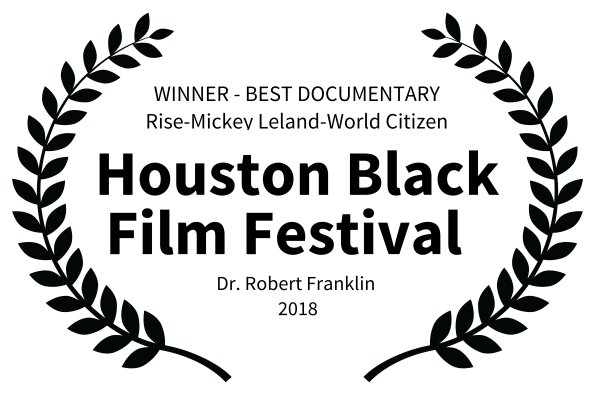 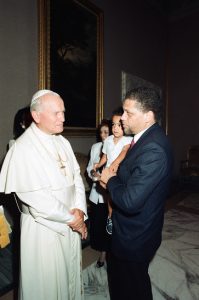 The documentary film, Rise: Mickey Leland, World Citizen illustrates former U.S. Congressman Mickey Leland humanitarian advocacy for the poor people in his Houston, Texas Congressional District and the poor, homeless, and hungry people in Ethiopia.  This documentary film presents a compelling portrait of former Congressman Leland who died in a plane crash with other American and Ethiopian passengers enroute to the Fugnido refugee camp in Ethiopia.

Leland once stated, “I am as much a citizen of this world as I am of this country…I grew up on a Christian ethic which says we are supposed to help the least of our brothers.”  A friend said of Leland, “He was most comfortable in the barrios, ghettoes and refugee camps.”

This documentary film presents a compelling portrait of Leland as a fierce fighter for people in poverty, the poor and hungry children in his Houston, Texas congressional district and around the world.  Through his vision and his sense of humility for the worlds less fortunate peoples this film chronicles his passionate efforts to help the world’s least fortunate. In 1984, Leland established the congressional Select Committee on Hunger and initiated a number of programs designed to assuage the famine crises that plagued Ethiopia and Sudan through much of the 1980s.

The world stood on alert when a small US plane carrying an American Congressman and 15 others mysteriously disappeared halfway around the world. An air search, satellite surveillance and ground searches in remote areas turned up little. Weather was uncooperative.

Congressman Mickey Leland had flown to a civil war zone in Africa delivering food supplies to refugees. He took a risk and lost his life, acting the part of a good Samaritan, helping people he did not know because they desperately needed someone– like him — to care.  Mickey Leland died the same way he lived — helping others.  That alone is enough to define him as a man and all that he loved.

Leland was equally at home in Africa as the United States. In fact, as a young activist, he over stayed a brief visit to Africa by several weeks.  He never bothered to tell anyone in America where he was. He felt at home in places like Ethiopia, an ancient land thought by some scholars to be the Biblical Garden of Eden.

One of Leland supporters said, “it wasn’t for personal glory that Mickey traveled to places halfway around the world. It was for the thrill of giving back. That’s what I recall about Mickey He was a man trying to give back.”

On August 7, 1989, Mickey Leland traveled to Ethiopia on a food mission for refugees.  He never returned. For a week, the search for Mickey and 15 other passengers ensued. The world watched. After six days of searching, the plane was found. All passengers aboard had died instantly upon impact. The Ethiopians had admired Mickey as a Messiah. Upon his death, Ethiopians were heart-broken. Many dedicated testimonials to the memory of Mickey Leland.  He made many friends in African countries.

The light that was Mickey shines on.  In his short but full lifetime, he taught us what was possible. That the son of a short-order cook can grow up to negotiate with world leaders.  How one person’s act of kindness can feed whole nations?  How one person can galvanize millions? How the seed of genius and generosity exists in each of us? How each child has the potential to be Mickey Leland?  Mickey would ask each of us directly, “Why not? “