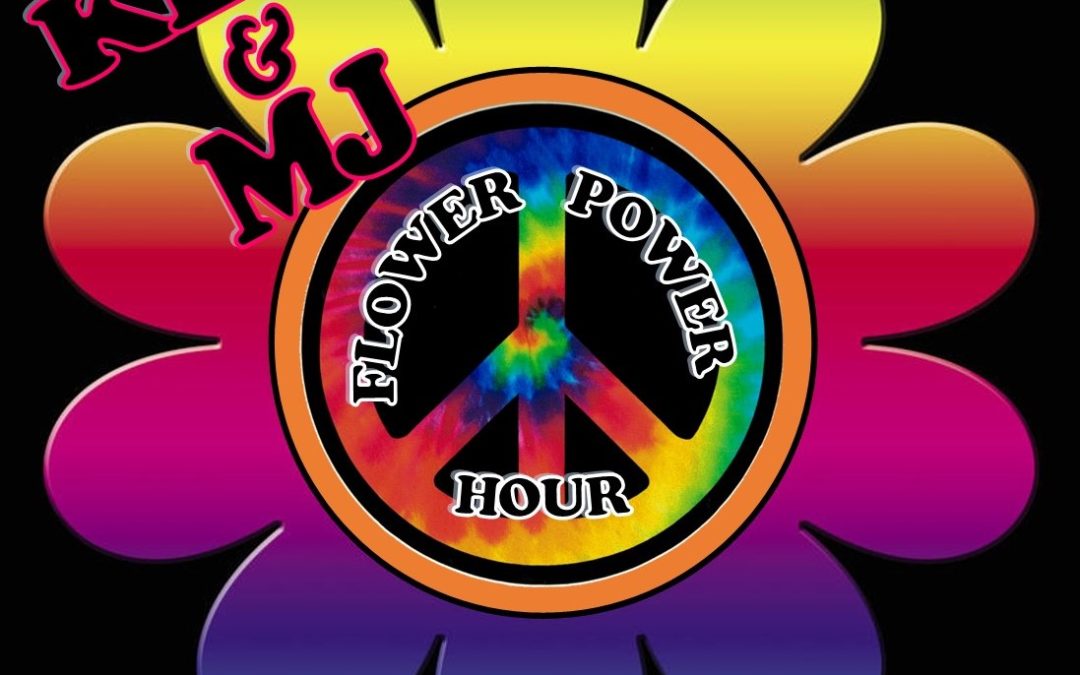 The Flower Power Hour with Ken and MJ debuts on KPFT on Saturday June 4, from 6-8pm.  It’s a flashback to the Golden Age of Flower Power, with music primarily from the 60s ,70s and 80s, and it’s de

dicated to the vibe of that era – peace, love, and rock and roll.  The Flower Power Hour is the fastest growing syndicated radio show today.

Ken Rundel’s extensive radio experience included early stays at WVIC, Lansing, MI, and w-4, Detroit. Next up was the legendary album-rocker, “The Zoo” in Dallas, where he was program director and had the #1 rated midday show. Other stops included Q-102, KZPS, KOAI, KRBE and KXCC in Texas, and the ABC Radio Classic Rock Network, where he was the top-rated jock in listener surveys. Ken’s also been an attorney, actor, and improv comedian and instructor.

MJ grew up in St. Louis, Missouri, addicted to the heritage album rocker, KSHE-95. Her extensive knowledge of rock and roll as well as her talent as an artist gave her incredible backstage access to all the early icons of album rock, including Cat Stevens, Alvin Lee, Jon Anderson, Donovan, Randy California, Elton John, and Ian Anderson. Her beautiful, mind-blowing posters graced the dressing room doors of all the greats. Her broadcasting career began in 2006 as co-host of the Ken and MJ Show on Radio Free Phoenix.

The Flower Power Hour: Peace, Love, and Rock and Roll.