Saturday at 4  Central on Border Radio: A Conversation with Lyle Lovett 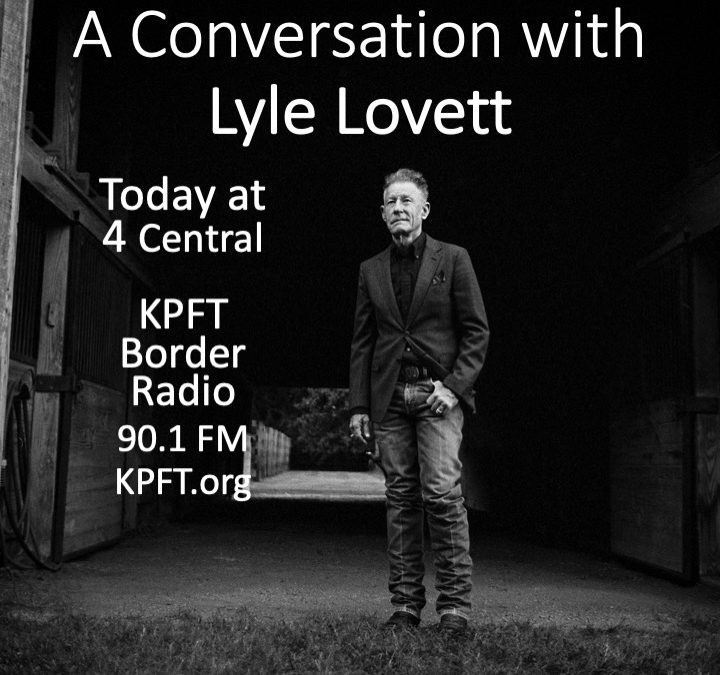 Did you know that on one of his very first paying gigs, Lyle Lovett was paid in hamburgers? Or that before Robert Altman “discovered” him, Lyle’s first acting role was in a Mickey Rooney movie?

Lyle Lovett and his Large Band are busy touring the country in support of his long-awaited album, 12th of June, but this Saturday at 4 Central, Lyle will check in from the road on Border Radio!

Tune in 90.1 FM KPFT Houston or kpft.org for all the scoop about this Grammy-award-winning Texas music icon’s excellent new album, his upcoming show August 27th at Smart Financial Centre, his early days at Anderson Fair here in Houston, and much more.

P.S. Getting paid in burgers worked for Lyle when he was just getting started, but KPFT needs your M-O-N-E-Y now to keep going and growing strong. Please pledge to KPFT today at kpft.org.

You have Successfully Subscribed!